Five of the most exciting TV announcements from CES 2022

CES 2022 is officially over. While the event was marred in controversy even before it went underway, it wasn’t a complete failure. Some 40,000 odd people attended it, and there were plenty of exciting announcements about things that would appear over the year. Here’s a quick list of TV-related announcements that excited me the most.

As expected, the first QD-OLED TV was announced at the event. But it didn’t come from Samsung. Instead, Sony unveiled the A95K with the QD-OLED display. As Samsung is making these QD-OLED panels, everyone expected it to be the first manufacturer to announce a commercially available product.

Anyway, Samsung did show the QD-OLED panels (or, as Samsung calls them – QD Display panels) at a closed-door event. And if the first reactions are any indication, these panels look incredible. They are bright and show lifelike colors. And, even when you are watching them from an off-angle, colors remain saturated. Unfortunately, there is no confirmation on whether QD-OLED panels will suffer from burn-in, but that will only become clear after the QD-OLED TVs have been available in the market for at least a few months.

Samsung is also supplying QD-OLED panels to Dell, which will use them in its Alienware monitors.

You can read more about the QD-OLED technology in my explainer.

Additionally, TCL has said that some of its TVs will support a 144Hz refresh rate, but the company didn’t reveal specific models.

As the current crop of gaming consoles maxes out at 120fps, high-end PCs will be the only gaming device to make use of these high refresh rate panels.

While 8 percent doesn’t seem significant, any additional brightness out of an OLED panel is good until QD-OLED TVs are widely available and are priced similar to or lower than OLED TVs.

LG Display hasn’t revealed many details about OLED EX, but it seems to be a result of further refinement to what made OLEV evo panels brighter.

These smaller OLED TVs will be perfect for guest rooms, dorm rooms, and as gaming monitors.

5. Sony is jumping on the mini-LED bandwagon

Sony announced that it is finally adding mini-LEDs to some of its 2022 TVs. mini-LEDs allow LCD TVs to be brighter and better at local dimming. The company will pack mini-LED backlighting in its Z9K and X95K series TVs. 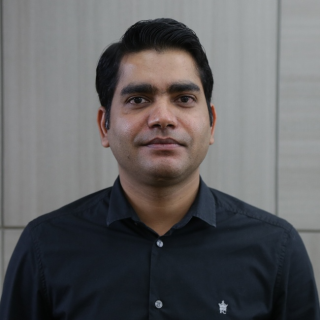