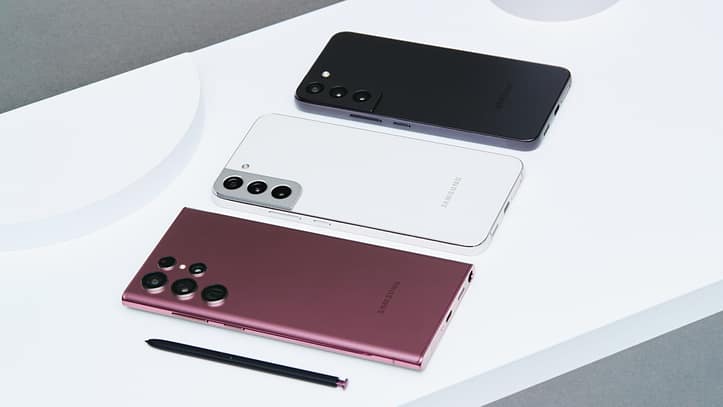 The Samsung Galaxy S22 series comes with the company’s proprietary Fast Wireless Charging 2.0 technology. Thanks to this technology, the S22, S22 Plus, and S22 Ultra can charge at up to 15W. However, since the company has used its proprietary technology, not every Qi-compatible charger can provide 15W charging to the S22 series phones. So if you are buying a wireless charger for the S22 phones, ensure that your pick can deliver the fast charging speeds; otherwise, your phone will take hours to charge.

You need to remember two crucial things while buying a wireless charger for the Samsung Galaxy S22 series phones. First, the charger needs to support Samsung’s Fast Wireless Charging technology. Otherwise, you will get slow charging speeds. Secondly, the charger needs to deliver 15W using Samsung Fast Charge. Some chargers that claim support for Samsung Fast Charge can only provide up to 10W of fast wireless charging.

Now let’s jump into my recommendations for the best wireless chargers for S22, S22 Plus, and S22 Ultra. 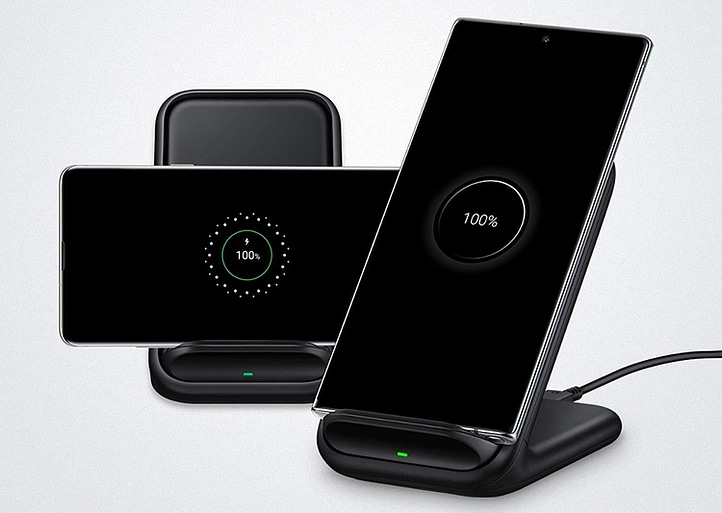 This official charger from Samsung is your best bet for an excellent wireless charger for the S22 phones. It can deliver 15W of power, and since it’s from Samsung, you don’t have to worry about supporting Samsung technology.

The charger has two coils, allowing placement in both portrait and landscape modes. Additionally, it includes fan cooling to avoid the charger from getting hot during the charging process. Unfortunately, the charger shape is fixed and can’t be folded, making traveling with it slightly tricky.

You get a bundled 25W wall adapter with the charger, which is required to power the wireless charger. You can also use this wall adapter to charge your phone directly.

This is a brand-new wireless charger from Samsung, and it’s perfect if you need something small and compact. The fans of pad-type chargers will also appreciate it. Like Samsung’s other wireless chargers, it’s also bundled with a wall adapter and a USB C cable, allowing out-of-the-box usage.

The charger is compatible with Samsung’s Fast Wireless Charging 2.0 technology and can deliver 15W of power.

Samsung 15W Wireless Charger Duo is another new charger from the company. As its name suggests, it can charge two devices simultaneously. One of the slots is suitable for phones and earbuds, whereas you can use the second slot for earbuds and smartwatches.

If you are a part of Samsung’s device ecosystem and use the company’s smartwatch or earbuds, this is an excellent option for you. You also get a wall charger and USB Type C cable with it.

If you are also looking for wired chargers for your Galaxy S22 Plus or Ultra phones, check out my handpicked best 45W chargers.