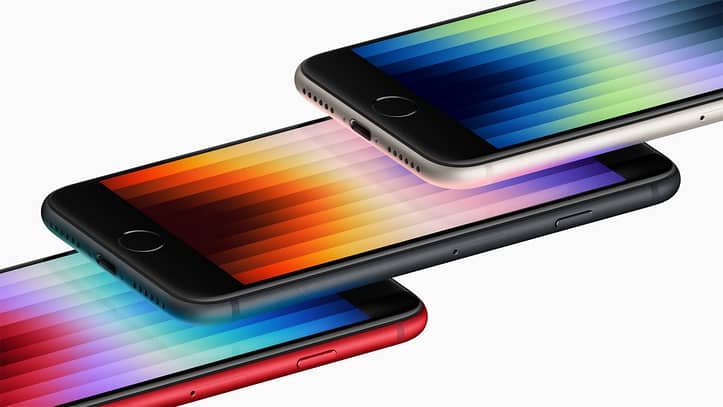 iPhone SE (3rd-generation) or iPhone SE (2022) is official. Announced on March 8, it’s the latest budget iPhone from Apple. The phone follows the typical iPhone SE trend, so there is hardly anything surprising about it. You get the latest A-series chip, same-old design, and a new storage option. Read on to find everything you need to know about the phone.

Pre-orders open March 11, and shipping will start March 18. In addition, all major retailers and carriers are likely to offer trade-in offers and other discounts for the phone.

The new iPhone SE is a solid phone, but there isn’t anything fascinating about it. So if you want a cheap but capable iPhone, this is it. You get the A15 Bionic chip, the same one present in the iPhone 13 series, 5G support, Retina display, single 12MP rear camera, Touch ID, and a slightly larger battery than the iPhone SE (2020).

Both iPhone SE models are pretty similar in some aspects and very different in others. For example, you get the same design, same display, same cameras, same sensors, and same water resistance on the two phones. However, the new iPhone SE has a newer A15 Bionic chip over the A13 Bionic in the 2020 model. The newer chip means the iPhone SE (2022) will be significantly faster than the older model.

5G support has been added in the newer model. Additionally, you also get some extra software-based photo capabilities that have been made possible by the presence of the A15 chip in the 2022 model.

Apple says the new iPhone SE’s battery will last longer than the 2022 model. While the company publicly attributes that to the A15 chip, it told journalists “on background” that the battery in the 2022 model is slightly larger than the one in the 2020 model. Unfortunately, we won’t know the exact battery specifications until someone like iFixit tears down the phone.

Another change from the 2020 model is the stronger glass covering on the front and the back of the 2022 model. In addition, the company is using its Ceramic Shield on the new phone.

The last significant difference lies in what comes in their boxes. As is the trend these days, the new iPhone SE won’t come with a charger or headphones in the box. The 2020 model used to come with both those things initially. Instead, you will get the iPhone, USB-C to Lightning cable, and documentation in the 2022 model’s box. 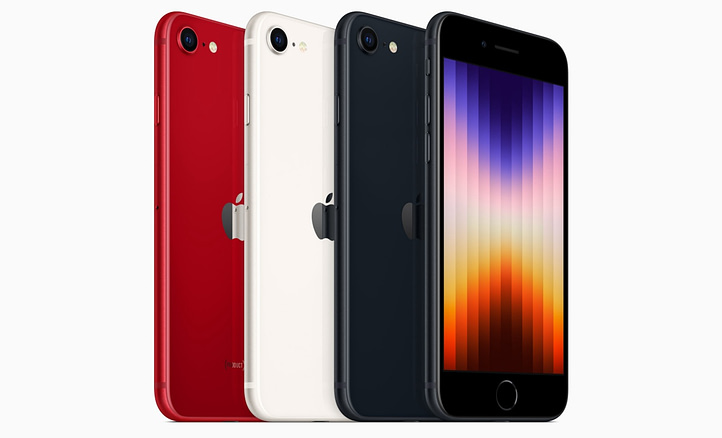 You can buy the new iPhone in Midnight (Black), Starlight (White), and Product Red options.

Unlike its more expensive cousin, the iPhone SE will only work with sub-6GHz 5G networks. There is no mmWave support, which isn’t a big deal.

AT&T has also revealed that the phone won’t work on the carrier’s upcoming 3.45GHz 5G network

Where can I buy the iPhone SE from

You can purchase the iPhone SE from several major retailers, including Apple and Amazon. You can check out my preorder guide for more information.

As the iPhone SE supports USB Power Delivery (USB PD) fast charging protocol and 20W charging, any USB PD charger with a power output of over 20W will work great. My charger recommendations for the iPhone 13 series are also suitable for the iPhone SE, so make sure to check them out.