Skip to content
Home » The best wireless chargers in 2022 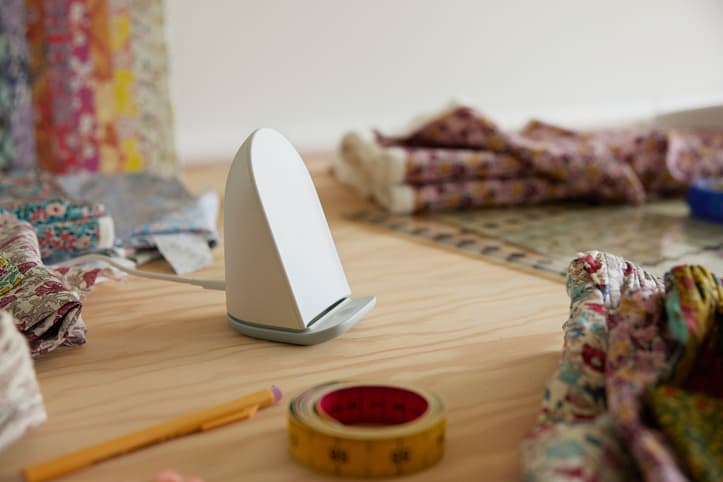 Wireless chargers are incredibly convenient. They remove the need to deal with cables and connectors daily. Instead, you set up the wireless charger once, and that’s it. Then, you can simply charge your phone or another device by placing it on the charger.

So if you want a wireless charger for your smartphone, I have handpicked the best ones.

What you need to know about the wireless chargers

But before I jump into the recommendations. Here are a few things you need to know about the current wireless charging landscape. This will help while choosing a suitable wireless charger for your device.

Apart from the above points, you should remember that not all wireless chargers come with a power supply, which is needed to power it. So if your wireless charger pick doesn’t have a power supply, it will typically recommend a Quick Charge or USB PD power adapter or something similar. So make sure you get that. Using just any power supply will result in slow charging. 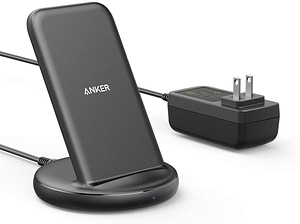 Anker PowerWave II Stand is a great universal wireless charger that will charge your smartphone at pretty decent speeds. It can deliver up to 15W of power, depending on your device. For example, it can charge the Google Pixel phones at up to 15W, whereas the Samsung Galaxy phones will charge at 10W, and iPhones at 7.5W.

In addition, the Anker wireless charger comes with its own power supply so that you won’t hunt for a compatible adapter.

Unfortunately, the charger’s stand form factor is best suited for smartphones. So if you want something that can also wirelessly charge your earbuds or smartwatch, the pad version of the charge will serve you the best. It’s called Anker PowerWave II Pad. It offers the same features as the stand version, but in a different form factor.

If you aren’t looking to spend too much on a wireless charger, the ESR 15W Fast Wireless Charging Pad is great. I have been using it for months, and I’m satisfied. It offers almost the same charging speeds as the Anker PowerWave II chargers. But you will get slow charging speeds on Google Pixel phones.

As the name suggests, the charger has a pad form factor. And it comes with non-slip padding to keep your phone and other devices in place. The charger also uses a USB-C port for power, allowing you to use any compatible power supply with the charger. You will need a USB PD or Quick Charge 3.0 power supply capable of delivering 18W or more power for fast charging speeds. ESR doesn’t include a power supply of its own. I guess the company has to cut the costs somewhere.

If you are looking for speedy wireless charging on your Apple iPhone, there is no better option than the official Apple MagSafe charger. It can charge your iPhone at up to 15W. Additionally, it uses magnets to attach to your phone, so you always get the perfect placement and don’t have to worry about aligning with the charging coil.

The charger has a good built quality, and it takes very little space. But unfortunately, Apple doesn’t bundle any power supply with it. So you will have to buy a USB PD power supply capable of delivering 20W of more power. The Anker 511 Charger and Elecjet 30W USB C Super Fast Charger are two excellent power supply options that don’t cost a lot.

It’s important to note that Apple MagSafe Charge will only offer up to 15W charging speeds with iPhone 12 and iPhone 13 series phones. Older iPhones will only get 7.5W of power, which you can get with other compatible Qi chargers as well.

Moreover, the charger isn’t just useful for Samsung devices. You can use it to charge iPhones at 7.5W and other devices at up to 10W. It has a pad-like form factor, and it includes a cooling system to ensure the charger doesn’t overheat.

Samsung also bundles a wall charger with it. So you don’t have to look for a power supply.

If you have a Google Pixel 6 series phone, Google’s second-generation Pixel Stand will give you the fastest charging speeds. It can charge the Pixel 6 at 21W and the Pixel 6 Pro at 23W. Additionally, it’s Qi-compatible and supports Extended Power Profile so that it can charge other devices at up to 15W.

Additionally, the Pixel Stand looks excellent and includes a fan for cooler operation. Moreover, Google bundles a 30W power supply with the charger, so you can start using it right out of the box.

If you have the Pixel 5 series or an older Pixel phone, you can even consider my main pick as both the Pixel Stand and the Anker charger will charge your phone at the same speed.

iOttie Auto Sense is an excellent wireless charger for your car. It can charge iPhones at 7.5W and Android phones at up to 10W. As its name suggests, the charger can also sense when you have placed your phone in it, and it automatically closes the clamps to secure the phone.

The charger also offers several customization options, allowing you to get the proper placement for looking at the phone while driving for navigation or other tasks.

You can buy the charger with a dash mount, cupholder mount, or CD/ air vent mount.

These are the best wireless chargers that you can buy. If you are also looking for car chargers, check out my recommendations for the best car chargers. I have also handpicked the best USB-C cables for charging and data transfer.