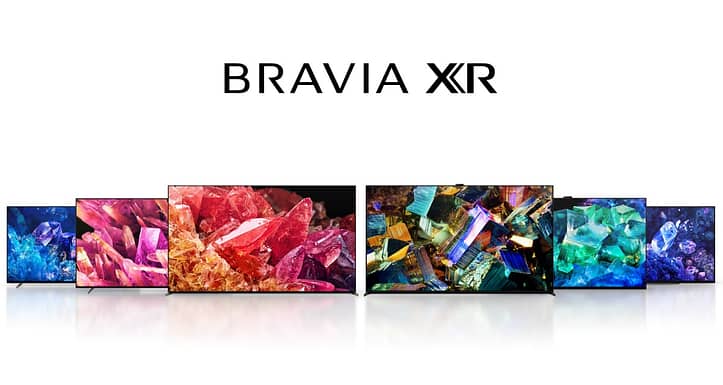 2022 is an exciting year for televisions. Samsung is jumping back in the OLED game with its QD-OLED TV, LG’s new OLED TVs are brighter than ever, and Hisense wants some of that Mini-LED action. But what is Sony bringing to the table? The Japanese tech giant has some incredible stuff coming out this year. Here’s everything you need to know about Sony’s 2022 TV lineup.

Sony’s 2022 TV lineup includes ten televisions, ranging from the awe-inspiring Z9K 8K TV to the cheap X72K 4K TV. Like Hisense, it’s the first time Sony is using Mini-LED backlighting in any of its televisions. Apart from that, Sony will also sell a QD-OLED TV in the A95K. Other Sony TVs have generational improvements over the 2021 models.

Sony is yet to announce the official pricing for its 2022 TV models, but thanks to a leak, many models’ expected prices have emerged. While we wait for the official confirmation, these give a fair idea.

Sony is launching a single new 8K TV in 2022. Dubbed as Z9K, the TV will use LCD technology with Mini-LED backlighting and full-array local dimming. You’ll be able to buy it in 75-inch and 85-inch sizes.

The Sony A95K sits below the Z9K in the company’s TV portfolio. It’s the first QD-OLED TV from the company. QD OLED is a new type of OLED panel that uses a layer of quantum dots to convert the light from the blue OLED material to RGB. The A95K will come in 55-inch and 65-inch sizes.

This year, there are three regular OLED TVs in the company’s lineup, with the A90K leading the pack. It will arrive in 42-inch and 48-inch models. The sizes for the A90K are entirely different from its predecessor, the A90J, which comes in 55-inch, 65-inch, and 83-inch models.

The Sony A75K sits at the bottom of the company’s 2022 OLED TVs. It’s expected to be the most affordable OLED TV model from Sony. It has two sizes—55-inch and 65-inch—but it may not show up in all markets.

Key features: Pretty much the same feature-set as A95K, except the panel technology

Key features: Apart from X95K, the key features of the rest of the LED TVs from Sony are not fully known at this point. But the X95K will have a 4K 120Hz panel, Android TV platform with Google TV interface, Apple AirPlay 2 support, Dolby Vision, IMAX Enhanced, HDMI 2.1 ports, VRR, ALLM, and other next-gen gaming features.