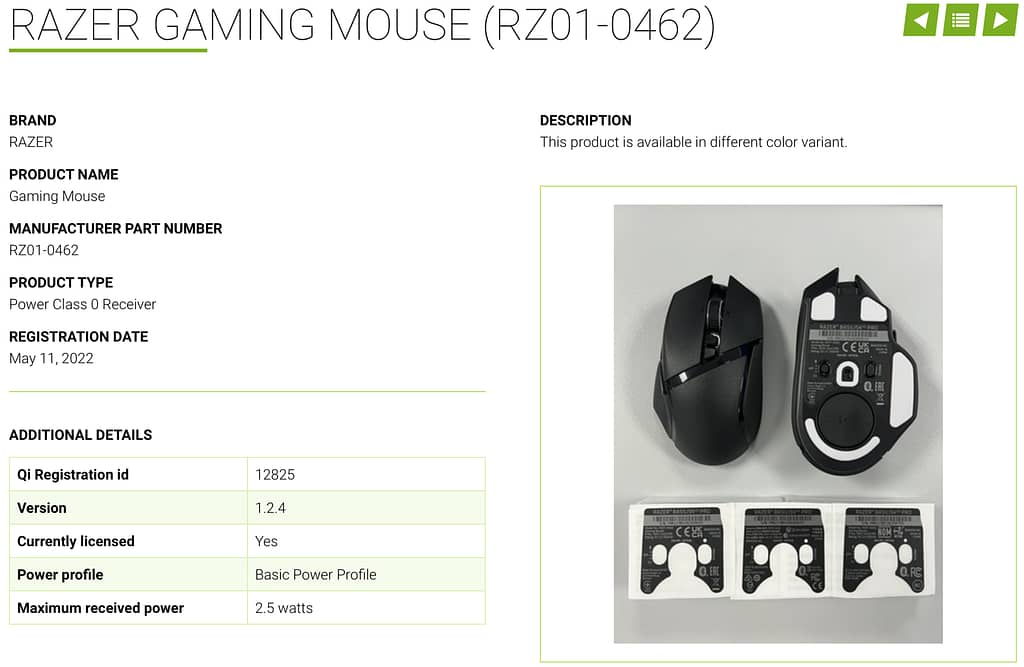 Gaming peripherals maker Razer is set to launch a new gaming mouse that will support Qi wireless charging, as per a Wireless Power Consortium (WPC) certification listing that I spotted earlier today. The listing suggests that the mouse will carry the model number RZ01-0462 and be dubbed Basilisk Pro (if the low-res image present on the listing page is any indication). The design language of the mouse is also a good indicator of its Basilisk series branding.

However, according to a Korean forum post from early May, the upcoming Razer RZ01-0462 will include a 600mAh battery. The forum post also claims the mouse will support both 2.4GHz wireless and Bluetooth connectivity options and come with a USB Type-A to Type-C Speedflex cable. You will be able to use the Speedflex cable to connect the mouse to your computer directly for wired use.

Coming back to the WPC listing, Razer RZ01-0462 is certified to support the Basic Power Profile of the Qi standard, and it will be able to receive 2.5W of power from any Qi charger.

There is still no word on when Razer Basilisk Pro will show up in the stores or how much it will cost. But I guess we will have to wait until the official announcement.

What are your thoughts on wireless charging mice? Would you want to purchase one? Let me know in the comments section.